Few individuals impact the day-to-day management of organizations and institutions as Dr. Dennis Kimbro. A tireless educator, best-selling author, and Business school professor, Dr. Kimbro is universally characterized as an authority on leadership, wealth, and success. As one of today’s top business speakers, he has documented and shared his principles and insight on peak performance with thousands of followers around the globe. As a lecturer and researcher in the field of management, entrepreneurship, and human potential, Dr. Kimbro encourages his readers to look within to extract the keys that underlie all accomplishments. He received his B.A. degree from the University of Oklahoma, and an M.A. and doctorate from Northwestern University where he studied wealth and poverty among underdeveloped countries. With his course work behind him, Dr. Kimbro combed the country interviewing scores of America’s most notable achievers. Eventually, his inquisition led to the question: How can impoverished Black Americans pull themselves out of their poverty and reach their full potential? 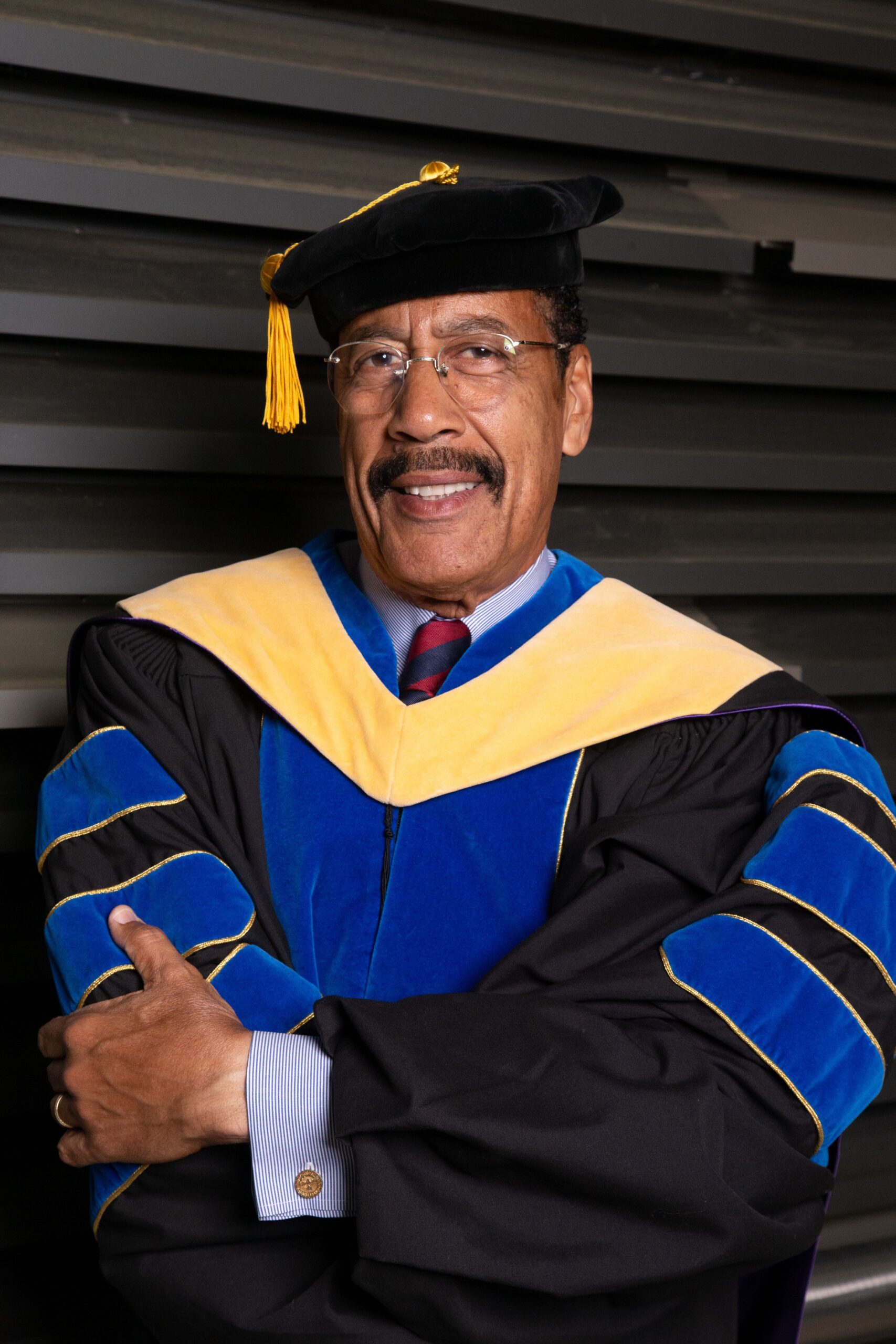 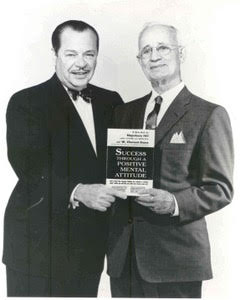 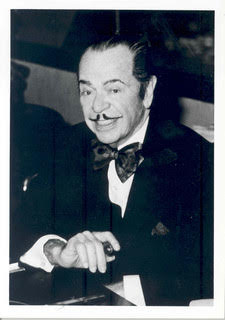 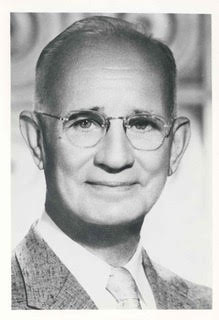 To broaden and enhance the scope of the project, Dr. Kimbro studied the methodology of Napoleon Hill, author of the phenomenal best seller Think and Grow Rich. Using Think and Grow Rich as a reference, Dr. Kimbro decided to do what Hill had done in the 1930’s. He developed a survey to use among peak performing Black Americans. Two years later, he learned from the foundation bearing Hill’s name that, Hill himself, had drafted a book in 1970 that explored the identical question. Moreover, Hill had written nearly one hundred pages on the subject, which turned out to be his last. After a personal meeting with W. Clement Stone, president of the Napoleon Hill Foundation, Dr. Kimbro was commissioned to update and complete Hill’s original manuscript. Think and Grow Rich: A Black Choice, the results of Dr. Kimbro and Hill’s efforts, distills the secrets of success contained in the lives of peak performing men and women, and reveals how readers can use utilize these keys to make their dreams come true.

A Lifetime of Achievement and Excellence

Dennis is the father of three daughters, Kelli, Kimberli, and MacKenzie. His honors include various awards bestowed by the business community as well as the Dale Carnegie Personal Achievement award. Currently, Dr. Kimbro teaches on the faculty at the Clark Atlanta University School of Business Administration. In 1996, he served as one of eight national judges for the prestigious Ernst & Young USA Today Entrepreneur of the Year held in Palm Springs, California. As a certified Napoleon Hill Science of Success trainer and leadership coach, Dr. Kimbro’s writings have influenced readers from the streets of Melbourne, Australia, to Johannesburg, South Africa to Seoul, South Korea, to Reykjavik, Iceland; to the boardrooms of General Motors, Walt Disney Corp., Citigroup, Frito-Lay, Eli Lilly, Apple Computer, Exxon Mobil, NIKE, and the Gallup Organization to name a few. He has addressed the Ohio State ‘Buckeye’ and Notre Dame ‘Fighting Irish’ football teams, the Kansas City Royals Baseball team, and the Denver Nuggets Basketball team. He has appeared on the Today Show, Larry King, CNN, and has been featured in Success!, Wall Street Journal, New York Times, and USA Today on numerous occasions sharing the keys to success and achievement. Dr. Kimbro’s highest honor occurred when the Nat’l Black MBA Association presented him with the 2005 H. Naylor Fitzhugh award, emblematic as one of the top professors in the nation. As the author of Daily Motivations for African American Success and the highly acclaimed What Makes the Great Great: Strategies for Extraordinary Achievement,” his fifth book, The Wealth Choice: Success Secrets of Black Millionaires—the long-awaited sequel to Think & Grow Rich—A Black Choice, was released February 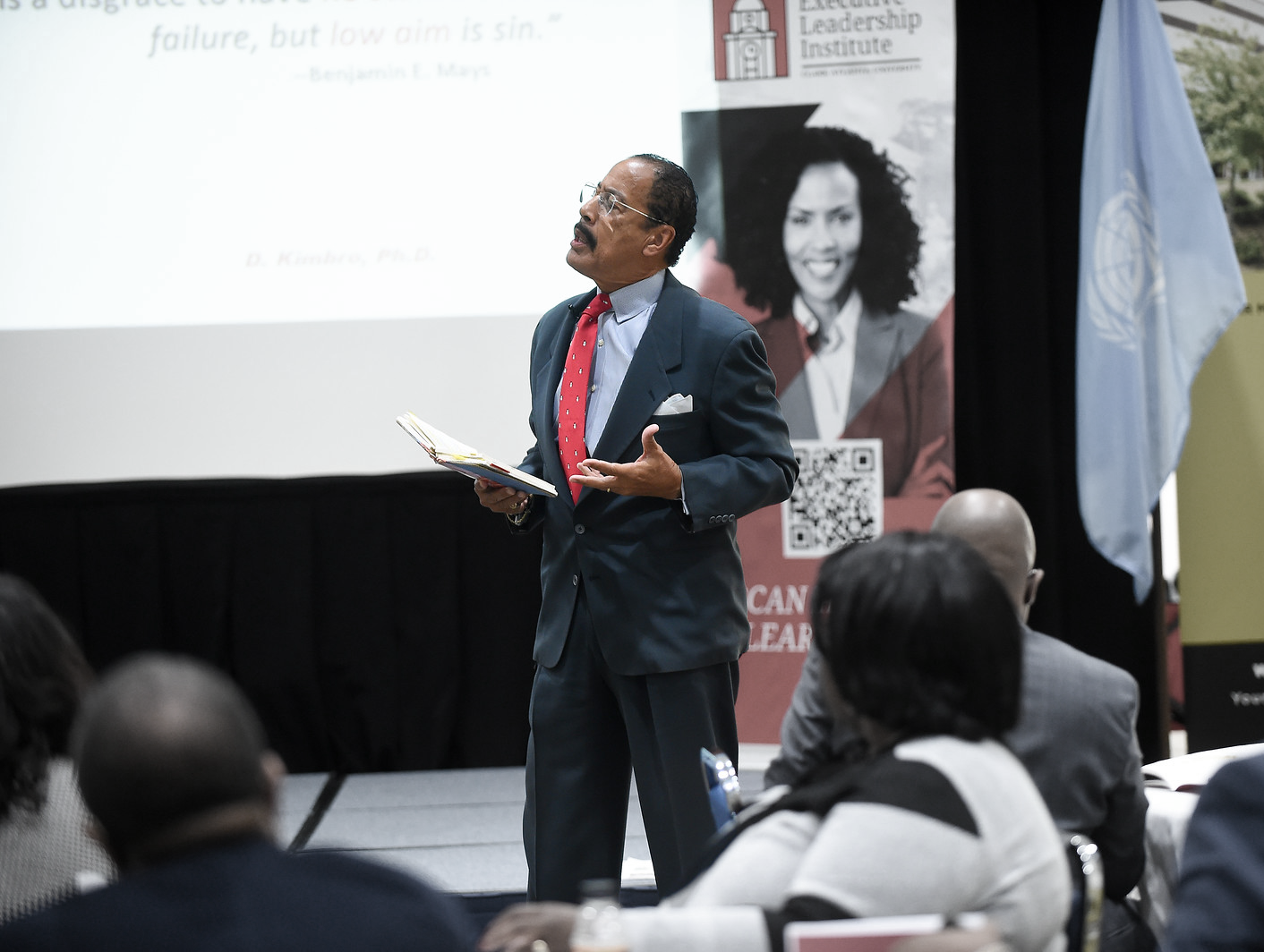 Ready to have Dr. Kimbro bring his expertise to bear on your business challenges, or have additional questions? Follow the link below and let us know a little bit about your organization’s needs and we’ll get back to you within one business day with. 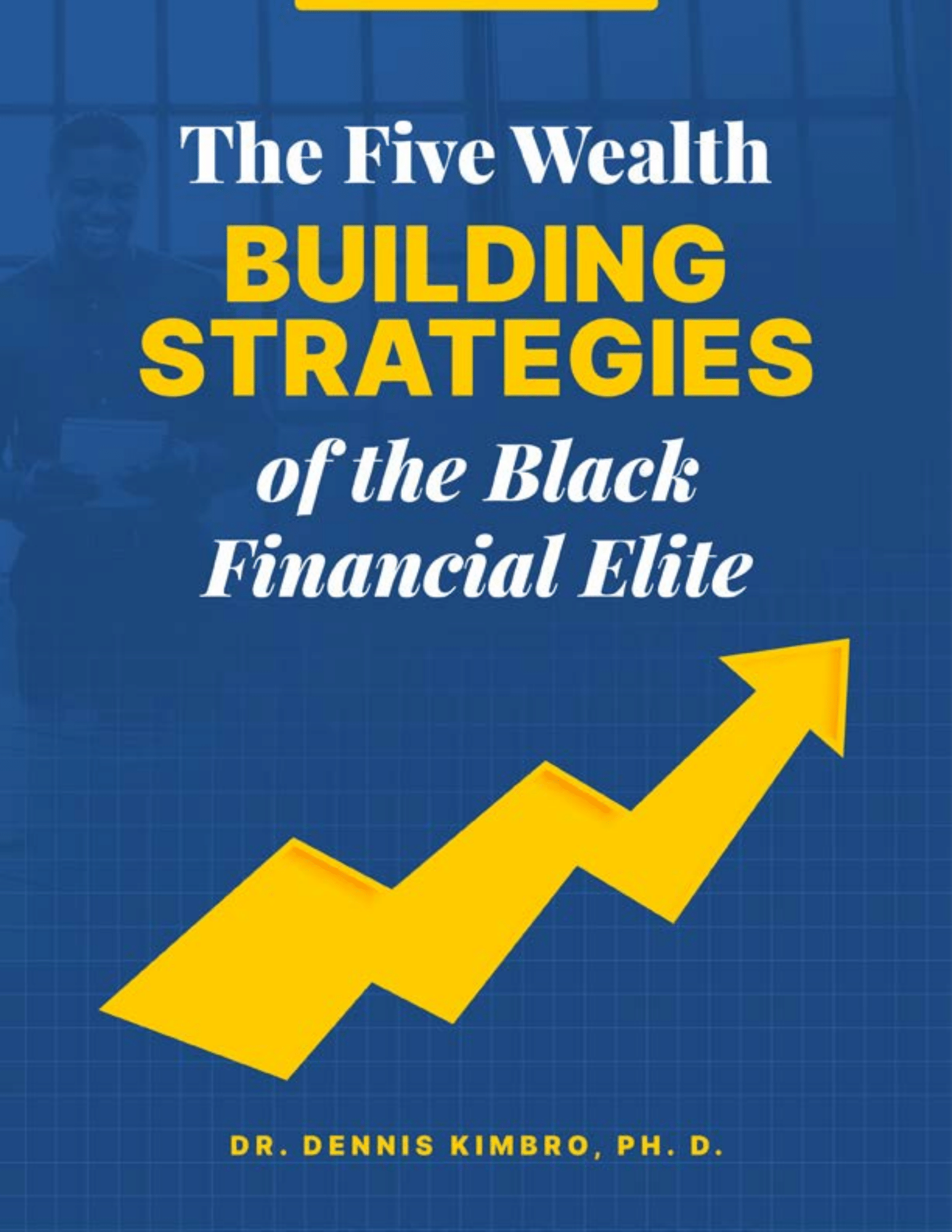 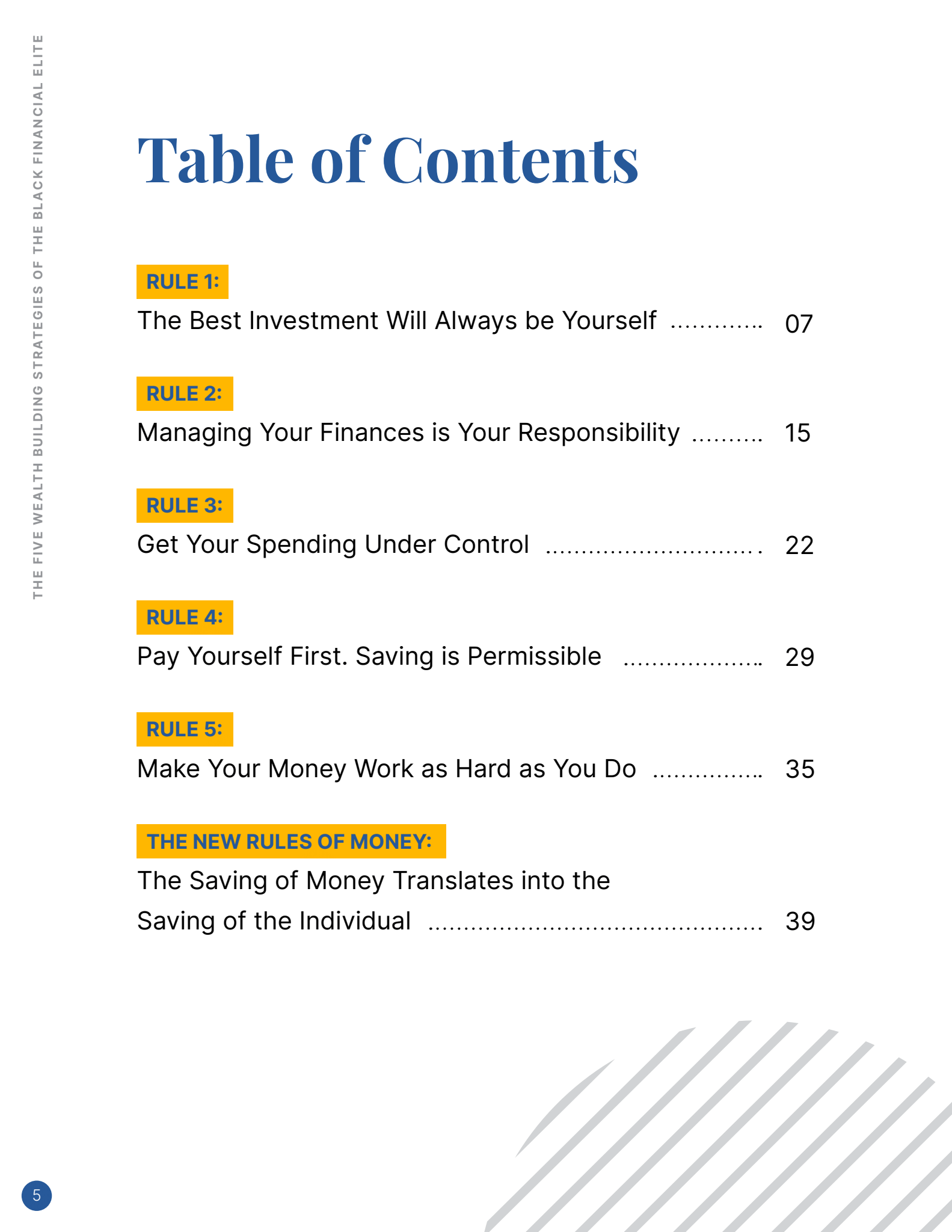 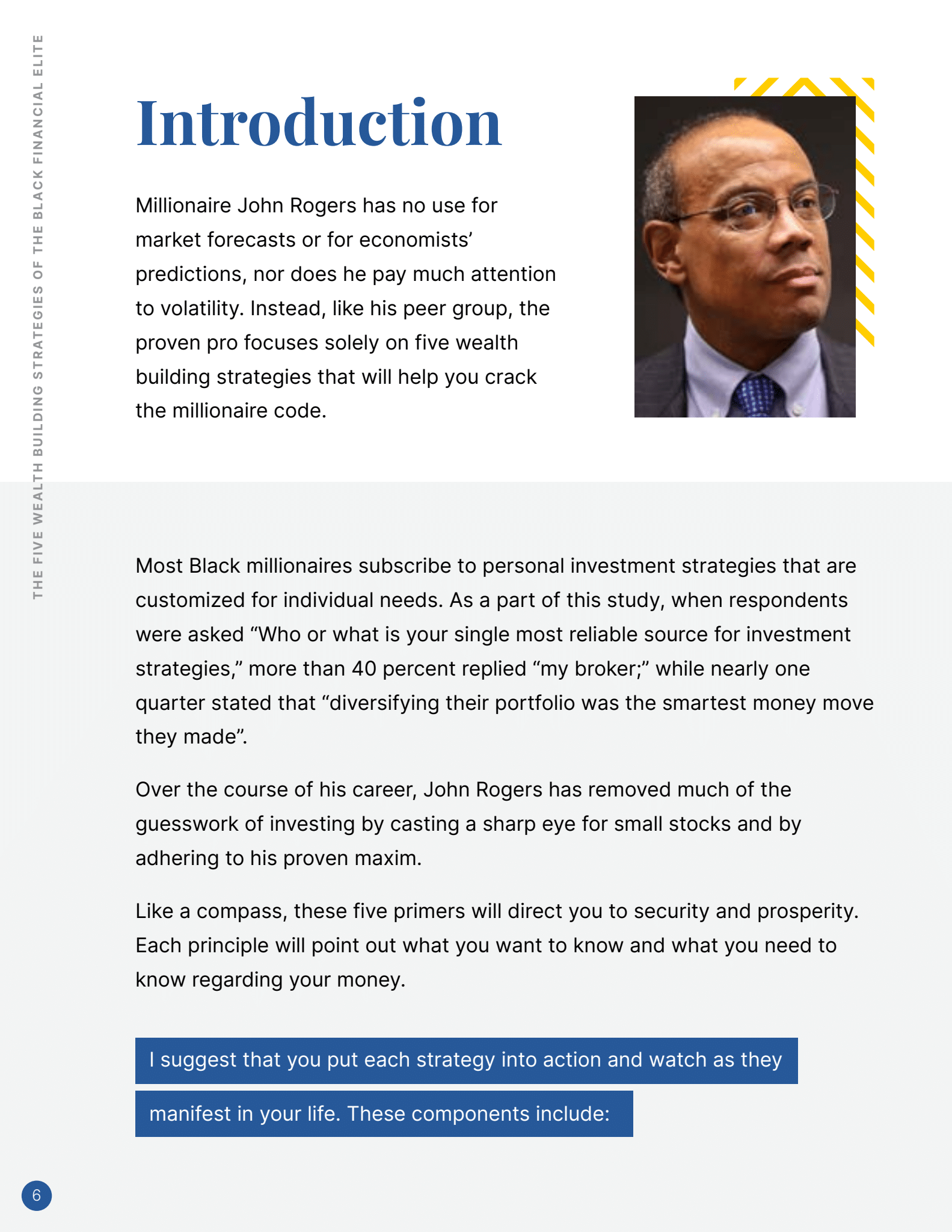 Check Out Our Free e-Book!

Strategies of the Black Financial Elite

Get the Latest from Dr. Dennis Kimbro

Get the Latest from Dr. Dennis Kimbro